My Faith Journey – From Jamie Anderson

Written by Jamie Anderson, a LATCOM mission participant who feels called to return to Bolivia as a missionary with our organization

I grew up in a Christian home, the middle of three children. My parents not only spoke the word of God, but they lived it out in front of us. They sought opportunities to help us learn about Christ and His love.

One of the things they saw could be a great benefit to teaching us was church camp. They signed my siblings and me up each summer for our respective weeks. Although my first two summers were difficult, eventually I grew to love it. The summer between my 7th and 8th grade year, I committed my life to Christ at camp and was baptized. Camp also served as a vessel that opened my eyes to something else that has been a great passion of mine for years – team-building activities – which even influenced my choice to major in outdoor recreation. 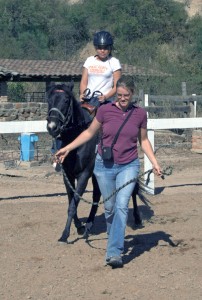 After becoming a Christian, God continued building my friendships with other Christians at my public high school. During my sophomore year of high school, a small group of us took over leadership of our school Bible club. Through this I learned to write and teach Bible lessons, grew deeper and stronger in my faith, and began to understand the importance of Christian community.

God led me from my home in Indiana to college in New York State. At Houghton College, my love for God, horses, and the outdoors were combined and enhanced through my classes on campus. I also spent time off-campus in special focus programs. Beginning with the first student I met at college, God started drawing me closer to missions.

I had no intention of being a missionary (even though I have an aunt and uncle who minister in Japan). I always thought that would be for other people, not an introvert like me. This thought even continued after I spent a semester overseas in a program that qualified me for a minor in missions. I went on the program for the spiritual growth and adventure components, accepting the missions and culture classes as a bonus. I left the program thinking, “God will never call me to do missions. He just hasn’t made me to do that, and I’m ok with that.”

About a year and a half later, I was a month away from graduating and still had no idea where I would be working. Then one day, one of my professors called to say there were some visiting missionaries (Tim and Ceci Ramsey) and I should meet with them to hear about a camp (Monte Blanco) they had started in Bolivia. I decided it wouldn’t hurt to listen to what they had to say. 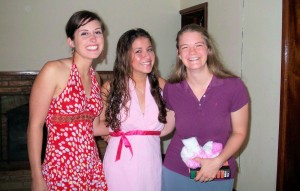 I met with them that afternoon. I thought it sounded like a wonderful ministry, but again, I thought I had figured out that God had not intended me to be a missionary in a foreign country. I did agree to pray about it and let them know an answer within a couple weeks. As I prayed and talked with others about the opportunity (to which most responded, “That sounds like just the thing for you!”), it became apparent that God did intend for me to spend six months at Monte Blanco helping with programming for the camp’s horseback riding and environmental education programs.

Once I decided to go, I only had a month to raise the $3,000 I would need for the six months. I was nervous about having so little time, but believed whole-heartedly that God had called me. God confirmed this by raising up the needed support (and many prayer warriors) within two weeks! I was overwhelmed by His provision.

The months I spent in Bolivia at Monte Blanco changed my mind and heart in a way that made me see I was wrong. God had made me to be an overseas missionary; I just hadn’t found the place He was calling me to until I reached Bolivia. Through the struggles and victories of those months, God inspired me to grow and allowed me to touch a few lives through Him. Most of all, He planted a seed of love and vision of glory for Bolivians. 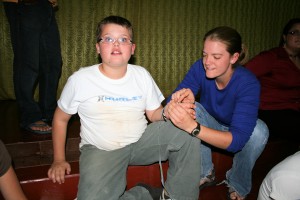 Since that time, I have known that I am to return to Bolivia to help the ministry at Monte Blanco grow. The road back has taken many unexpected twists and turns. At times, it has even felt like I hit a dead end, but upon praying for God to confirm or reject me returning, He has always confirmed it through things like people unexpectedly asking when I was going back or one time giving me an ornament that had the word “Hope” on it the day after I had told God that I had no hope left of returning. As I look back, I can only see how He has been using each job, each relationship, and each experience to train me and mold me into the person He needs me to be when I return for full-time ministry.

The time for me to return is now! My desire to be in Bolivia, working along my brothers and sisters in Christ, is stronger than ever. I miss Bolivia and the people there as if it were where I had grown up.   Would you please help me return by offering up prayers as I enter a new spiritual battlefield and by considering financial support? God provided $3000 in two weeks before, and I know He can do it again, if He chooses and if those He has appointed to be my support team will step up to His calling. 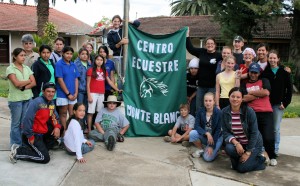 Thank you for the opportunity to share my faith journey and why LATCOM’s ministry efforts have become such an integral part of my life. I wish all of you God’s blessings in 2014.

If you have any questions or would like to support Jamie, you can contact LATCOM at (724) 924-9070 or email her at jmeanderson@gmail.com.